To begin the story of anything, we must begin by dissecting the object of the story. To understand where anything comes from, we must understand what it is made of, and what the relationships between all of it components are, only thus can we have a better idea of where it came from, and what it has gone through. 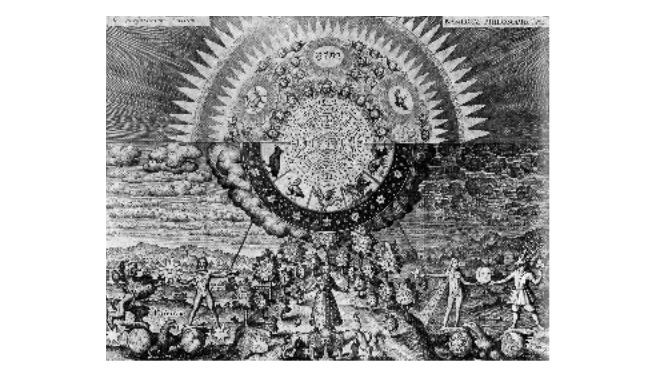 We live in a world today where most people are devoid of such relationships. Even to the level that most do not even recognize or are aware that such relationships exist. In a world where everything is treated as an isolated compound with no relationships to any environment. Such is the reality within the test tubes of modern day scientists. And such is the reality of our society as well. A geneticist studies genes, a mineralogist studies minerals and a doctor studies health and disease. None of them are aware of the knowledge that each other knows yet each of these subjects cannot exist in nature without each other.

Coexistence is not a political idea. It is the reality of all existence. It is only our ignorance of it that makes us suffer and delusional. Most people today accept realities without ever questioning them. Whatever happened to the idea of “question everything”. Religious people accept God, his message and his prophet without even a chance to ever question or seek it. Average people accept just about everything else. The nature of war and the political state of the world as we are told on television. We accept the food that we are given without even inquiring about its ingredients, leave alone where they came from. We accept the conditions that the doctors tells us we suffer from and the solutions to those condition. And these are just to mention a few. But how can we ever build a relationship with anything, unless we understand where that thing came from? And without a relationship with the reality we deal with, how could we ever attain anything? How can god be ever found? And can Peace and how can Health ever be achieved if we do not understand our role inside of it? Because isn’t that what a relationship is? A two-way street? Where each person plays a part in the relationship with reality which is the outcome of the world? And if we have no relationship the what does that say about our karma as an individual and as a collective? What does it say about the current state of the world and about the famous saying that “you reap what you sow”?

Most people today consume goods without questioning where they came from. We buy clothing because they are “trendy” and fashionable. We buy perfumes and cosmetics because they are designer brands, or promote themselves to be the miracle cure of something. We have become such sheep as a society that all it takes is to convince a single sheep to jump of a cliff and the whole flock will follow.

The role of the original alchemist was very different then the modern day chemist, who still draws his knowledge from the original al-chemist. (Khem=the black soil of Egypt) / (Al-Khemia=the science of the people of Khem). Original Alchemist studied the relationship between all molecules in nature by use of fermentation, isolation and extraction, amongst many other. The outcome of the knowledge was they key to their understanding of nature and the secret to what some have referred to as immortality. Today, chemistry does just about the opposite. It studies a molecule in relationship to another in isolation and is not concerned with the greater ripple effect of its outcome. If a drug or a chemical has an effect within the test tube, then it will be manufactured and labeled thus. The world we live in is concerned with one thing only, which is profit. But such ignorance comes at great price. It the price of our relationships. And I’m sure that you know, a ship without any relations, is soon damned to become a sinking ship. 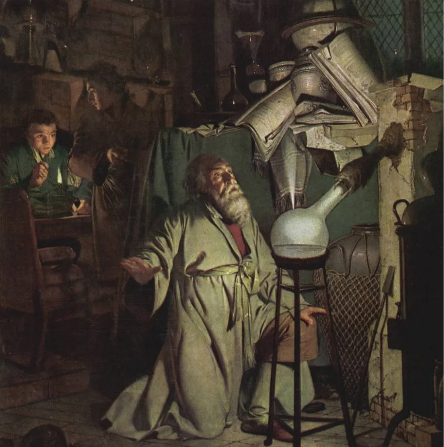 Now that we have a bit of a better understanding of what it takes to have a relationship, we can start with the initial incision of our dissection. PAR-FUM. Perfume. WHAT IS IT? WHERE DID IT COME FROM? WHAT IS ITS ACTUAL PURPOSE?

To understand this, we should begin by breaking down compounds of the word.

IN COMON ENGLISH; BY SMOKE.

Yes. It should be know that the way we experience perfumes in the modern world was not always so. The knowledge of the extraction of smell molecules was not always very evolved. But something that we ought to understand here is the SMOKE refers us to something. Yes, it refers us to the burning of incense, but that is not what I am referring to here, what I am referring to is that SMOKE here refers us to VOLATILITY. And volatility anyways refers to SPIRIT. It is the quality of SPIRIT to be volatile in nature. Yes if you ever wondered why a strong alcohol is often referred to as SPIRIT, then now you know why. But this understanding has to go through a distillation of its own. In the early days of our ancestors, fragrant material were discovered to release their essence once heated, releasing a pleasant aromas which was believed to feed the spirits aka “the gods” which in turn would result in favors from the spiritual kingdom and thus prosperity for those making offerings. It is in this awareness that the SPIRIT of good smells evolves. Today it is common knowledge that burning incense elevates the moods and uplifts the spirit bringing about a pleasant ambience.

Thus it is that PERFUMES began. Not as a personal body odorant, but as a food for the gods and as a mean to nourish the spirits which in turn feeds the whole world. It May have taken thousands of years before the Greeks may have developed and The Egyptian Perfected the ART OF MACERATION.

Yes that’s right, the first perfumes used as cosmetics and body odorants were made through maceration, which is the art of saturating fragrant materials in a fat of some sort. Egyptians were masters of this Art. It wasn’t until the discovery of the tomb of king Tuth that the world had ever smelled the smell of an Egyptian perfume, perfectly preserved inside alabaster jars for thousands of years. It is very likely to this discovery that we owe much of our modern day interest of the ancient Egyptian’s knowledge of perfume and cosmetics. Much research and publications have been done on the subject.

But to our knowledge, ancient Egypt was not aware or at least had never perfected a distillation apparatus. No, it was the Persian Ibn Sina who perfected such device in the 10th century. It is to him whom we are indebted for the first distillation of Rose water and which soon would give birth to the pure essence of rose: rose oil. And to this very birth comes to life the small tree that will soon extend into the branches of modern perfumery.

Of course there is a lot of history that happens from Ibn Sina’s distillation apparatus to the present state of modern perfumery. From the creation of the first perfume by the Arabs and the development of the science of Eastern perfumery to the Birth of western perfumery and the synthetization of the first aroma molecule… but that, will be the subject of many future dissections and blog posts.

For now… let us just take a deep breath and contemplate our relationship with all this… Now that we have a better understanding of what perfumes are and where they come from, perhaps we ought to ask ourselves, what is their purpose?

And surely the final answer to that is a personal one. But perhaps the threads that weaves its purpose is related to our relationship with the MATTER of SPIRIT which is present in all life? Or perhaps our noses are like the head of a needle that picks up the threads of the spiritual world which then allows us to weave our own purpose in the web of life?

After all the olfactory organ is the most complex organ in the world, with Billions of neuron cell receptor, it is the most wonder filled sense organ ever created.

Perhaps that alone has got you wandering… What about the famous Egyptian Kyphi? Or the Temple Incense of the Jews, which legends on recalls of mystical experiences and the gates of heaven opening. Perhaps the answer is simple. Perhaps smells have the power to open new doors in our psyche and weave new threads in your relationship with the world?